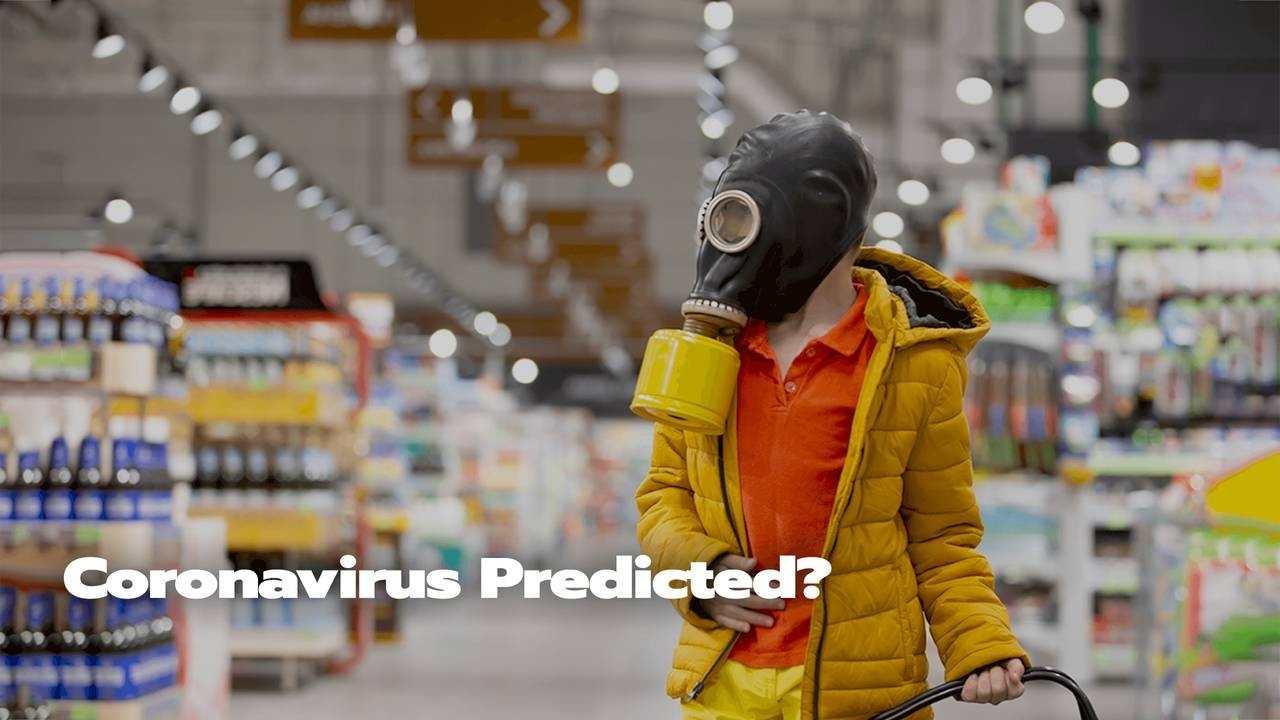 I work in the healthcare field. Here’s the problem, we are testing people for any strain of a Coronavirus. Not specifically for COVID-19. There are no reliable tests for a specific COVID-19 virus. There are no reliable agencies or media outlets for reporting numbers of actual COVID-19 virus cases. This needs to be addressed first and foremost. Every action and reaction to COVID-19 is based on totally flawed data and we simply cannot make accurate assessments.
—Anonymous medical insider

Coronavirus 2020: Strange indications of predictive programming in the entertainment biz?

1. One thing the Elite have been known to do for several decades now is to inform us of their plans ahead of time, as a way of obtaining a sort of implied tacit consent. Ask any conspiracy investigator worth their salt. Insiders have even straight up told us so, on occasion.

What happened with Dean Koontz’ book Eyes of Darkness was perhaps part freak, part coincidence, and perhaps (and I stress it’s a maybe) partly calculated input from someone in the publishing industry. Koontz’ novel plays out the scenario of a deadly new viral contagion called Wuhan-400 – but it was originally named Gorki-400 in the book. It was only changed to Wuhan-400 for publication in the US.

So Koontz may have been partly divining the future (dimly), and possibly partly under the influence of a mysterious someone who wanted the virus to be named Wuhan-400 for US consumers. Interesting possibilities but not definitive.

There’s more to consider from a meta-perspective re: Koontz’ book and the Wuhan connection, but it’s not germane here, so on to the next point.

Now. Have you heard of rapper Dr Creep? Neither had I – until a friend forwarded me a clip of his on Youtube in which the rapper explicitly uses the phrase, “2020 combined with coronavirus: bodies stacking.”

The title of the track? Pandemic.

Did I mention this track was uploaded in 2013?

Hear the lyrics right here at around 1:07 in the track – you may have to slow it down or listen a few times, but it’s there clear as day.

Pardon me, but I find it rather hard to believe the somewhat aplty named Dr Creep wasn’t somehow passed a drop of advance information from a mystery someone on the inside.

However, it’s now widely acknowledged that numerous famous musicians, performers, and rappers are connected into the Elite networks and thus given privy information not afforded the lowly unwashed masses.

This may be a classic example of predictive programming: telling the masses what you’re going to do to them in subtle ways, and when they don’t protest, going right ahead and doing it.

Maybe Dr Creep wasn’t a “bad guy” and just wanted to drop his insider knowledge in a friendly time capsule which we in the future would dig up and start discussing in regards to the global “COVID-19” situation – what many are calling 9/11 version 2.0.

Maybe Dr Creep just hoped people would stumble on a clue and start asking questions about the way things are going.

Regardless, one of the effects of seeding ideas into the mass consciousness years in advance is that it allows for the idea to germinate in the mass mind and develop energetic charge and momentum, increasing the probability that we will unconsciously create the very scenario (which is never to our benefit).

When the Elite finally lay it on us, it’s already normalised and “familiar” to some extent and our psychological immunity to their further impositions is already lowered.

Problem, reaction, solution is all too easy under these conditions. I can only pray enough of us wake up this time.

2. Keep an eye out for my podcast, Truthiverse. The first episode is a penetrating discussion with the late, great David Crowe on the dubious medical foundations of this “viral plan-demic.” I know many will learn a lot from his extensive experience and research and I really enjoyed the chat.

[Note from October 2022: When I interviewed Dr Barre Lando he explicitly stated he was given insider information about the type of event we have just lived through since 2020 - some 20 years in advance!]

Questions We’re Not “Allowed” to Ask About Corona

3. It continues to gall me the willingness with which so many millions of people bend over and spread their legs for the Deep State’s putrid love stick. How about asking some questions and examining the foundations of the narrative we’re being sold - instead of just accepting it like children accept stories about Santa?

Does it add up? If not, then it’s clearly bullshit. Outside of quantum mechanics, if something doesn’t make sense, it’s usually because it’s rubbish. What if that’s the case with “COVID-19”?

Here’s a list of 29 questions I see hardly anyone asking – and it’s high time we did, because while we compliantly bend over and “self-isolate” the (Deep) State is imposing unprecedented attacks on our last few remaining shreds of freedom.

How much more will we tolerate? Personally, I’m done with this garbage.

2020 has been foreseen by many – including astrologers – as a major time in our history, a huge shakeup has been coming. I am reliably informed by my sources that at least one aboriginal elder had predicted a global event for 2020 which would feature – of all things – toilet paper as the unexpected superstar. Aunty Minnie Mace predicted this around 2015 and while it made no sense at the time, she has been vindicated both in foreseeing a major game-changing global event and a run on toilet paper this year.

The high strangeness isn’t over yet – not by a long shot. 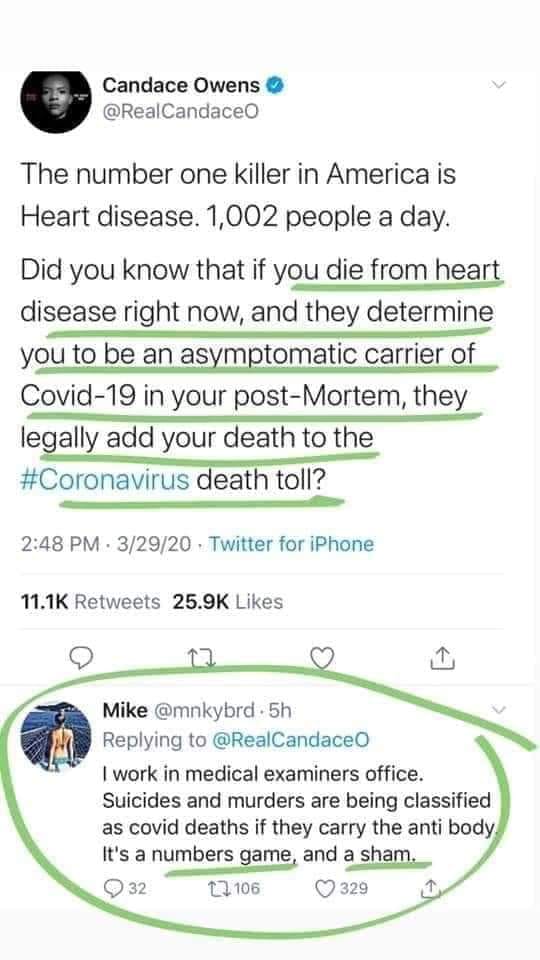