metaphysics & nature of reality mythology and religion the occult & esoteric 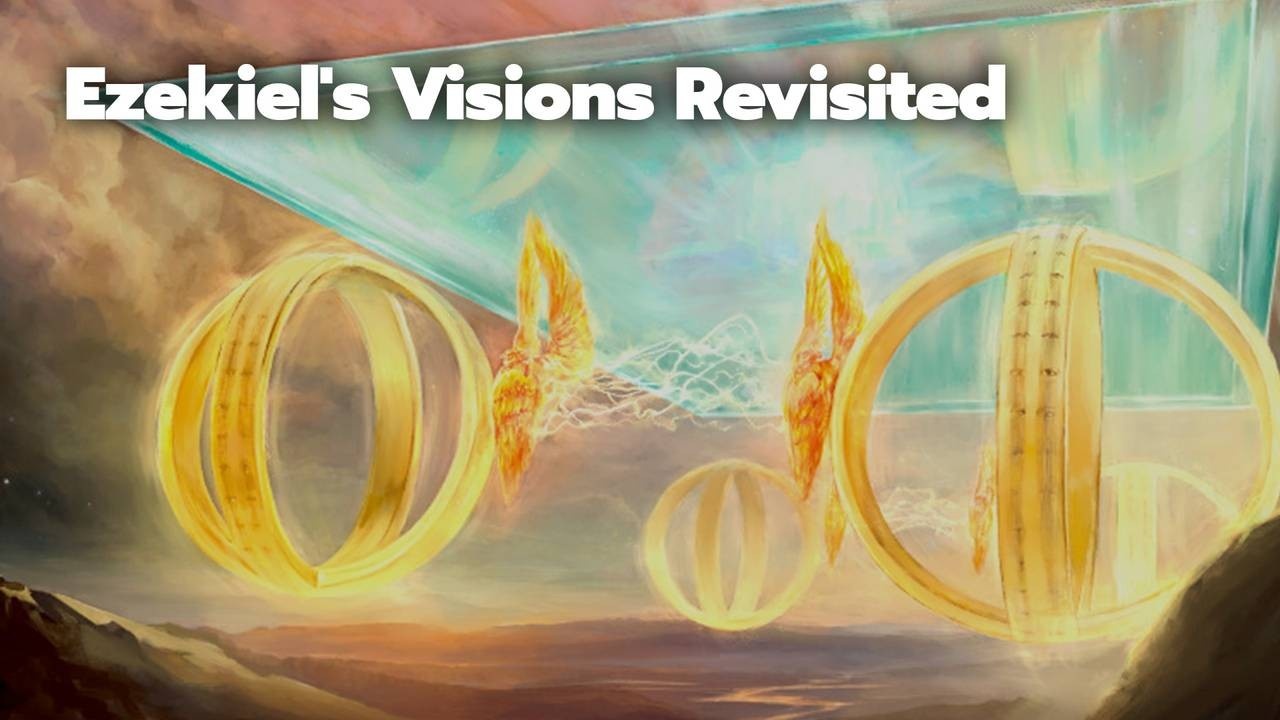 To our 3D-based consciousness, 4D and “higher” realms or mind-worlds are symbolised or conceptualised by our brains with vertical references and a skyward direction. “God” or the “gods” live in “heaven” (up above, in the sky-world), which is how the transition between 3-space and 4-space is often represented to our minds.

We experience vertical movement, symbolising higher space composed of an extra dimension (or at least this is how our minds de-code the holographic information field).

Christians know well the phrase “Our Father who art in heaven…”, and in fact this idea of a “heavenly father” is truly ancient. For instance, one pre-Australian aboriginal tribe held that Bunjil, a great man who once lived on the earth, now resides somewhere beyond the sky. They referred to him as “Our Father.1”

And just as Christians believe they will ascend to heaven to join their sky-god, numerous original tribes expected to journey to the sky when they died, though others expected to live in earthly environs while awaiting reincarnation.2 The Port Stephens medicine men called their sky All-Father “Koin.3”

Medicine-men of the Wiradjeri mob, though trained by their fathers, had to go to the sky god Baiame to receive their powers. Part of the initiatory experience involved following a tiger-snake into a hollow tree which was full of Daramuluns (Baiame’s sons), and on into a hole full of snakes which rubbed themselves against him to impart his “cleverness” or mystical insight.

(The pre-Christian association of the serpent with wisdom and knowledge is truly ancient — Roman Catholicism hashed the serpent and made it “Satanic,” inverting its true meaning. In the Waramunga aboriginal tribe, they referred to the medicine-men as urtuku, the general term for snakes.4)

Then the postulant and his father ascended to Baiame’s camp on a thread, entering the sky through the “place” used by the medicine-men. They saw Baiame, an old, bearded man whose shoulders featured two huge quartz crystals extending to the sky above. Here were also Baiame’s many boys, birds, and beasts.5

I include this information to illustrate the strong likelihood that the “old man with a beard in the sky” concept of “God” massively pre-dates (and even informs) Christianity, and, more to the point, is most likely derived from these types of indigenous shamanic experiences in altered states of consciousness. That is its true heritage.

The old man with the beard is one ancient way that the shaman or postulant’s mind would have interpreted the creative intelligence and information of the cosmic mind (or whichever intelligence it was contacting); It was conceptualised as a benevolent father figure who runs the universe and bestows upon the chosen ones mystical powers; they, like Yehoshua, become mediators between regular folk and God, or the gods (and other archetypes).

It seems that the esoteric experiences of shamans, ecstatics, mystics, temporal lobe epileptics (TLEs), and visionaries form the basis of exoteric religious dogmas and their outward forms cultivated and enshrined by the ecclesia.

In the Old Testament, Jacob, spending the night in a field outside of Haran, lay down to sleep, and as the Hebrew Bible (the basis of Old Testament) tells us, he “had a chalom,” likely meaning, in this context, he entered into a state of peace or tranquility — an altered state.

This is the giveaway.

The etymology of chalom is actually not 100% certain, but for our purposes I think the context is self-explanatory. In his reverie, Jacob, the grandson of Abraham, son of Isaac, saw “a ladder set up on Earth and its top reaching heavenwards,” on which “angels of the Lord” (malachim) were busily going up and down. The Lord himself stood at the top of the ladder, announcing himself as the god of Jacob and his forebears, and the astounded Jacob thereafter exclaimed:

“Indeed a god is present in this place, and I knew it not…How awesome is this place! Indeed, this is none but the Lord’s Abode and this is the Gateway to Heaven.”

Evidently one of the many local tribal “gods” — all generically referred to as Elohim or the Lord — was present with his angels in tow. Zecharia Sitchin’s interpretation is that the “abode” is a type of craft or UFO, and that the so-called “ladder” is a mechanical device.

This is dubious because the text — as with so many Bible passages — is vague enough to allow us to interpret it pretty much however we like.

I lean more towards the idea that Jacob was experiencing an altered state of consciousness — his chalom — in which a visionary experience unfolded; it may have seemed to him that a doorway was opened between our realm and the so-called “angelic” or heavenly realm. This general interpretation is consistent with many UFO and contact experiences of the modern era.

Additionally to Jacob, other Old Testament prophets and patriarchs had their own strange encounters: the prophet, Elijah, did not live his life out on Earth, but rather, was taken up into the heavens by the (or should we say, a) “Lord”: “Elijah went up into Heaven by a whirlwind.7”

So too was the 6th century BC prophet Ezekiel given a whirlwind trip into the heavens by the gods and he reported many visions.8

Much has been written about these, endlessly comparing them to UFO sightings, but there is another less widely considered and complementary angle. Benny Shanon, Professor of Psychology at the Hebrew University in Jerusalem, expresses the view that the verses in the Book of Ezekiel describe hallucinations very similar to those resulting from ayahuasca use (ayahuasca’s primary ingredient is, of course, DMT).

Shanon himself should know, having consumed ayahuasca over 130 times and interviewed hundreds of other users and collated their reports. He points out that

Shanon also argues that the descriptions of light and fire in Ezekiel parallel ayahuasca visions. Furthermore, apart from gold and textiles, all the materials common in ayahuasca visions are encountered in Ezekiel. Large revolving wheels (normally interpreted as UFOs) and disembodied eyes are other features common to Ezekiel and ayahuasca visions, as are therianthropes, chimeras, and multi-faced entities.10

In (ab)original rituals in Australia, the man being “made” was liable to experience similar things. He was warned of evil spirits (some snake-like), horses with men’s heads, and spirits of evil men resembling burning fires. He would see — like some Western NDEers — cataclysmic scenes, which may include his camp burning, flood waters, thunder and lightning, the earth shaking, hills moving, trees swaying violently. He may see dead people in the vision too, after which his miwi (psychic force) would be strong; they would not bother him again.11

Earlier I commented on the significance of upward directionality, and this too was a core feature of Ezekiel’s vision — it applies to the movement of things seen and the general direction of his gaze and the narrative’s development. This is common in ayahuasca visions, particularly those with powerful spiritual impact, according to Shanon. People often find their gaze is lifted and, as it is, they reach higher realms — often feeling like their body or mind is literally being lifted up as well.

An experienced ayahuasca drinker once told Shanon to always look up in the visions because, above the main scene there is always more to be seen. Shanon took the advice and found it often revealed new realms, “often spiritual ones” to him.12

Every time we look higher (or deeper) another level of the cosmic fractal reveals itself — a process that, by definition, can have no end as our consciousness and the cosmos are “holofractal” and fundamentally infinite.

Ezekiel also spoke of the “noise of great water,” which several of Shanon’s informants had mentioned; Michael Harner also used the phrase “the sound of running water” in reference to the auditory effects of ayahuasca.13

The climax of Ezekiel’s otherworldly journey is the encounter with the divine, and so too for ayahuasca experiences. Shanon notes that this event is marked both by “marvel and admiration on the one hand, and by fear and dreadfulness, on the other hand.14”

This is reminiscent of Jacob’s encounter on the way to Haran — he was truly awed by the vision.

Ezekiel ultimately receives a message when he hears the Lord speak — revealed messages and insight are a common feature of the aya experience. The traditional ayahuasqueros used the brew primarily to obtain information about their patients’ conditions and how best to treat them.15 Palaces and temples are frequently seen in ayahuasca ceremonies (as Amaringo’s art demonstrates) and, though absent in Ezekiel’s report, they are central to the Jewish mystical tradition inspired by him. Shanon does not propose that Ezekiel actually took ayahuasca. As he points out, there are many different ways to achieve visionary experiences through altered states of consciousness, including meditation, sensory deprivation, fasting, isolation, etc.

I have also made a point [in the book] about temporal lobe epilepsy and the mystical experiences it can trigger.

Seer and occultist Geoffrey Hodson, in The Kingdom of the Gods (1952), describes clairvoyantly watching a more than 60-foot-tall mountain “god” or deva (a.k.a., a member of a particular “Order of Angelic Hosts,” in more Christian terms) over successive days and being “reminded constantly of the vision of Ezekiel.”16

Shanon points out that there are……

🚨 For the FULL article and access to ALL of my multimedia content, become a member of The Truthiversity