The Promise of Energy Psychology by Brendan Murphy 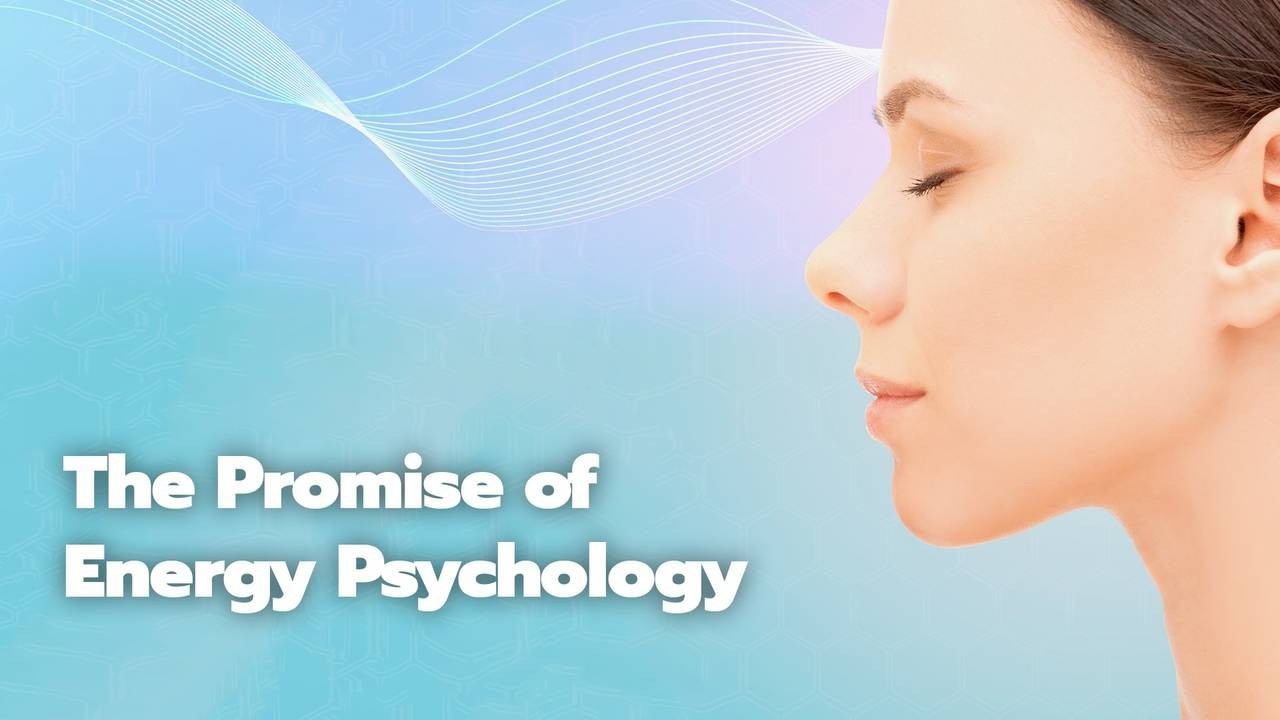 In every culture and in every medical tradition before ours, healing was accomplished by moving energy.—Albert Szent-Gyorgyi, Nobel laureate in Medicine

A self-healing revolution is upon us and it turns the standard Western healing model on its head, putting the patient back in the driver’s seat, not only making them an active participant in their own healing, but moving beyond the band-aid solutions that pervade mainstream psychiatry and psychology.

The current paradigm shift presupposes that, with the right approach, just about anything can be healed or reversed, and that a pain- or drug-addled existence of managing symptoms and eking by is no longer the best option, nor a fait accompli.

This is the revolution that Big Pharma and institutional psychiatry hope you never hear about.

The emergence of energy psychology (EP), including methods such as EFT (emotional freedom techniques), TFT (thought field therapy), Psych-K, and Matrix Reimprinting (to name a few) means that, for millions of people suffering from phobias, self-limiting beliefs, or even major emotional and/or physical traumas, expensive and often ineffective traditional therapies can be eschewed (bypassed) in favour of more affordable (or free) and very often spectacularly successful “new” methods—that can achieve better results in a fraction of the time. 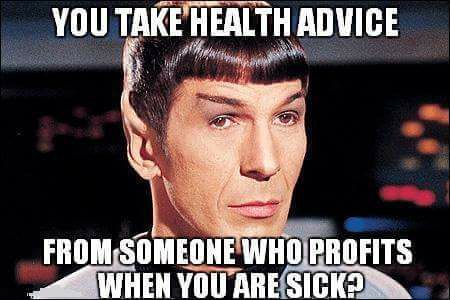 What is Energy Psychology?

“These techniques…have been observed to catalyze rapid, dramatic, and lasting changes in feelings, beliefs, mental states, and behaviors,” as well as physiology and biochemistry.  Thus, EP techniques involve “stimulating energy, whether by tapping, touching, or intention.”[1]

EP therefore traces its roots not just to Chinese medicine and qi gong, but also to the work of modern pioneers such as chiropractor and founder of applied kinesiology George Goodheart, Australian psychiatrist John Diamond, and Thought Field Therapy founder Roger Callahan.[2]

In short, EP modalities use both psychological interventions and energetic interventions together.[3] The result is something far greater than the sum of the parts: EP techniques offer a uniquely powerful way to address and heal the subconscious mind from which around 95% of our thoughts and behaviour originate (and this, in turn, leads to physical healing and resoration).

Cognitive neuroscientists estimate that our conscious minds contribute roughly a mere 5% of our cognitive activity, meaning that the vast majority of our actions, emotions, decisions, and behaviours result from the unobserved workings of the subconscious.[4]

Consider the sobering fact that during the first six years of life, most of our beliefs about ourselves and the world are formed and adopted into our subconscious quite passively, according to what we experience and observe—all before we have developed critical thinking faculties that would allow us to reject self-defeating notions before we adopt them as beliefs that then shape our thoughts and actions, and the kind of lives we lead.[5]

For psychological issues rooted deeply in intense emotion (more so than at the mental level), EFT, TFT, and Matrix Reimprinting (which developed from EFT) may be more effective more of the time than virtually any other therapies. Scientific research combined with voluminous anecdotal reporting suggests monumental potential for future applications of EFT and TFT.

Developed in the 1990s by Gary Craig, EFT arose from TFT (Thought Field Therapy), which was developed by Dr Roger Callahan and articulated and popularized by him through the 1970s and 1980s. What Callahan did was make the serendipitous discovery that tapping on a sequence of acupoints (acupuncture points) on a female client with an extreme phobia of water produced profound relief and resolution—far beyond what an educated Western medical professional could ever have hoped based on their knowledge at that time (and for those stuck in the mainstream allopathic mindset this largely still holds true). 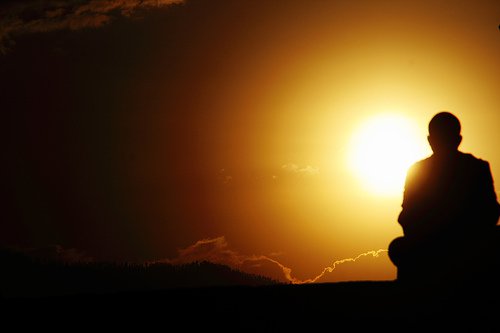 Callahan’s client could not even look at water without acquiring a splitting headache, and because the approach of systematic desensitization was making so little inroad into the problem, Callahan changed tack and tried tapping on acupoints instead (a method from applied kinesiology). After only 1 minute of this, the woman knew immediately—without Callahan even needing to test her—that her fear was gone.[6]

From this initial epiphany Callahan went on to develop an elaborate and complicated system of specialised algorithms—each custom-designed to treat a particular problem, and to this day insists that the body’s energy fields respond differently to different tapping sequences (which is probably true), and thus, for maximum results each malady requires its own condition-specific tapping algorithm. Callahan has a list of professional advocates with impressive credentials who rave about the wonders they have seen TFT work.[7]

The story gets more interesting, however, when Gary Craig enters the picture. Craig was one of Callahan’s students many years ago, at a time when Callahan was charging individuals a whopping $100,000 each to learn TFT. Craig—having paid the money and learned under Callahan—simply asked himself whether such amazing results could be obtained through simpler, easier-to-apply and essentially random tapping sequences (rather than specialised algorithms).

So Craig tested his hypothesis out and, sure enough, the results he got were impressive. No matter the order in which Craig stimulated the acupoints on his subjects, significant therapeutic benefits were obtained. Craig decided that the world needed this information, and thus he began giving his knowledge and methods away to the public for free.[8] Thus, EFT was born into the world. Condition-specific tapping algorithms and hefty tuition fees be damned.

EFT’s bread and butter involves repeatedly tapping a selection of acupoints whilst tuning in to the feelings (and even the colour/s and textures) sensed in the body that are stemming from a particular memory, unpleasant current emotion, or old trauma. The idea is to decrease the intensity of the sensation down as close to zero (on a scale of zero to ten) as possible, zero being complete resolution (no emotional charge) and ten being maximum intensity. (This “subjective units of disturbance/distress” [SUDs] self-reporting scale was developed by psychologist Joseph Wolpe in 1958.)

In short, energy psychology techniques such as EFT and TFT systematize the use of acupoints into a structured stress and trauma reduction routine—and unlike pharmaceuticals, they actually heal. 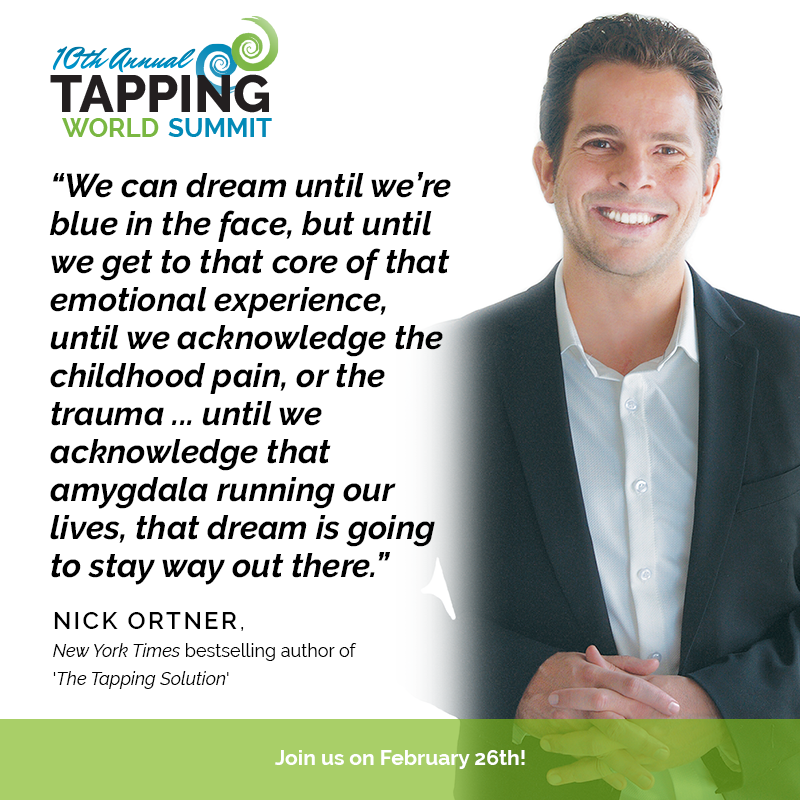 In 2003 a scientific study by the Australian psychologist Dr Steven Wells et al., detailed phenomenal success in using EFT to treat clinically diagnosed phobias of small animals such as snakes, spiders, bats, and mice. The pre-EFT intensity of the phobias were measured by taking into account several factors: increases in pulse rate while contemplating the feared object; the number of steps they could walk towards the feared creature; written stress questionnaires. Subjects were then briefed for half an hour on the treatment method, including receiving a brief EFT session.

The subjects then had their phobias tested again. On every measure fear had dropped dramatically, and some subjects could even walk right up to the animals that had normally triggered phobic reactions.

One woman with a previously crippling fear of cockroaches followed her 30 minute EFT session by immediately walking into the nearby room harbouring a cockroach in a jar, picking it up and examining it closely. She found that her newfound confidence and self-esteem permeated all areas of her life.

Six months later, a follow-up study showed that subjects still had much reduced phobic reactions to the objects of their fear—a truly remarkable result. This study was later replicated by Harvey Baker’s research team of New York’s Queen’s College.[9]

Numerous studies in energy psychology have repeatedly shown its potency, evincing the ability not just to reduce or eliminate phobic responses but pain and anxiety too. In fact, the medical implications and potential applications are astounding. 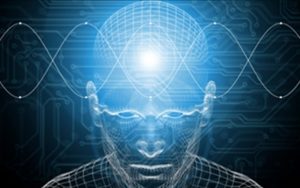 Subjects’ brains which were treated simply with antidepressants showed no such improvements, and the group treated with the more widely known cognitive behaviour therapy (CBT) required more sessions to achieve similar results to the EFT group, and the effects were not as durable, as revealed by a one-year follow-up.[11]

In further support of these findings, in February 2013, Dr Dawson Church et al. reported the results of a study of 59 US veterans with clinically diagnosed (severe) post-traumatic stress disorder (PTSD). These were published in the respected Journal of Nervous and Mental Disease.

After 6 sessions, fully 90% of the EFT group no longer qualified as having PTSD—an incredible result. In contrast, a month after the initial tests, only 4% of the control group no longer registered as having PTSD. After the wait period, the control group then also received EFT. Again the results were stunning, with huge drops in clinical symptoms.

For the 49 subjects (of the original overall sample of 59 participating veterans) who actually did receive EFT treatment in the end, fully 80% of them remained free of manifest PTSD symptoms (they were “subclinical”) 6 months later. Church reported:

This is the best result for PTSD ever obtained in a clinical trial for any therapy.[12] (emphasis added)

To put this in perspective, many traditional therapists wrongly believe that PTSD is incurable.

In fact, EFT’s more complicated “big brother”—TFT—has achieved results at least as remarkable. A volunteer team of EP practitioners who travelled to Kosovo to treat survivors of the Serbian massacre using TFT were able to report that remaining survivors experienced complete recovery from “the post-traumatic emotional effects of 247 of the 249 memories of torture, rape, and witnessing the massacre of loved ones” which were treated. Kosovo’s surgeon general wrote in glowing terms of the achievements of the international EP team, lauding their efforts. Additionally, in formal follow-ups at an average of 5 months later, all those treated remained free of relapse.[13]

Treatments by international teams working with post-disaster victims in Kosovo, Rwanda, the Congo, and South Africa tallied the treatment outcomes of 337 individuals (Feinstein, 2008). Treatment focused on reducing severe emotional reactions evoked by specific traumatic memories [such as those in the above Kosovo study]. Following the energy psychology interventions, 334 of the 337 individuals were able to bring to mind their most traumatic memories from the disaster and report no physiological/affective arousal. Twenty-two traumatized Hurricane Katrina care givers…reported a reduction [on the SUDs scale] from a mean of 8.14 to 0.76 on 51 [emotional] problem areas [after one 15-minute EP session]…[14]

Along with drastic improvements in emotional maladies, it is true that many physical symptoms also spontaneously improve or vanish through the use of EP.

Darkfield analysis by one doctor of a patient’s live red blood cells showed significantly decreased clumping of red blood cells immediately following the use of EFT, as compared with the obvious clumping seen beforehand. (See Figure 1)